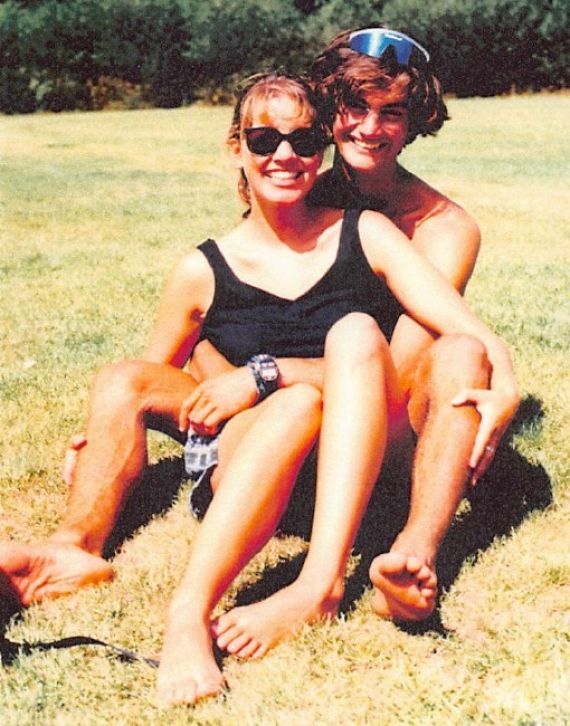 I had literally decided to start a new life in the spring of 1992. It had been a very rough few years. I had been diagnosed with Crohn’s disease in 1990 while finishing my biochemistry degree at the University of British Columbia. I was battling health problems while still trying to get top grades in order to enter medical school. Ultimately I could no longer cope with the stress of managing both so I made a radical decision in the spring of 1992.

In April of that year, I sold almost all of my personal belongings; except my vintage VW Beetle, my climbing gear, kayak and a few pairs of shorts and tee shirts. Later that month, my friend and I were sitting in my living room chatting and dreaming about adventures we’d like to go on. By 9pm we were so full of imagined adrenalin that we jumped in my Beetle and drove non-stop to Yosemite National Park in California to climb some of the epic routes there. While camping and climbing in the stunningly beautiful Yosemite valley I had lots of time to re-imagine my life. Were we all on some crazy date with destiny or could we slow down and navigate our own chosen path through life?

I decided with absolute clarity that my path involved adventure, uncertainty, risk and passion. Above all, passion - squeezing every last ounce out of life - the good, the bad and even the ugly moments - all of it, in our One Beautiful Life. I came home from Yosemite and got my dream job as a sea kayak guide in Tofino on Vancouver Island’s spectacular west coast.  I had always loved the sea as a child and camped on the beaches there with my parents in the 1970s.

The summer of 1992 I spent my weekdays leading 5 day trips around Vargas Island and my weekends kayak surfing at Incinerator Rock. I was in heaven. The rainforest, the salt air, the surf, the rain, the sun, the fog, the beaches, good food, good friends - all of it was a balm to my soul and was incredibly healing. This was going to be my new life.

On Sunday, July 2, 1992 at around 6pm, I was in the Tofino Sea Kayaking shop with my co-guide Markus Kellerhals. We were greeting the new guests who would be joining our tour departing the following morning. I was handing out waivers as the guests walked in when Kelli walked through the door with her friend Sally. It’s a strange feeling when you see someone for the first time yet you think you’ve known them your whole life. That’s what happened when Kelli walked into the kayak shop that evening. Pretty much instantaneously.

But then that thing happened...you know that thing...when you develop a crush on someone and suddenly you can’t speak intelligently and you become really self conscious. Well that happened to me. I gave Kelli her waiver but couldn’t even look at her. I mumbled to her and her friend that they needed to fill out the waiver and kept moving.

On Monday morning we set out from the shop and paddled to a place called Dan’s Beach on Vargas Island - a long, white sandy outer coast beach. We set up camp and spent the day enjoying the beach and watching the Grey Whales swim by the point. The next morning, Markus and I were up just after dawn, in the first light of the day, to start a fire and begin making pancakes for the guests. Suddenly, way down at the far end of the beach I saw a girl emerge from a tent in the grey, dawn light and walk down to the water. There were two guided kayak groups on the beach and I wasn’t sure whose tent it was. Markus and I fumbled for the binoculars to make out who it was. As we were fighting over the binoculars, we suddenly watched the girl drop her clothes on the beach and run into the ocean and start swimming. When we finally figured out how to focus the binoculars we realized it was Kelli going for an early morning swim. That kind of sealed the deal for me right there.

But of course it became even harder to look at her or speak to her as we continued our journey around Clayoquot Sound. On Wednesday afternoon we were camped on another spectacular white sandy beach called - and honestly I am not making this up - Dream Beach, and I found myself doing the dishes down at the water’s edge. Kelli came up to me and asked if she could help and that’s when I finally found my voice enough to have our first real conversation.

When the trip ended the group went to the Alley Way Cafe in Tofino for our Farewell lunch together. After lunch, Kelli and I exchanged phone numbers (this was pre-cell phone, pre-email and pre-Instagram if you can imagine such a time in history). I told her I would call her when I got back to Vancouver in late September and we could go for coffee perhaps (she said, no she would prefer steamed soy milk - whatever). I walked back to my car and realized I had locked my keys in my VW Beetle. Kelli and Sally were just getting into Kelli’s VW Beetle to drive away and Kelli stopped and offered to try her key in my car’s lock. I laughed at such a ridiculous idea that Volkswagen would make two Beetles whose keys’ unlocked each other. But lo and behold, when Kelli turned the key - click - my door opened and I laughed even harder. I made sure I put her phone number in a special place where I wouldn’t lose it as I watched her drive away. 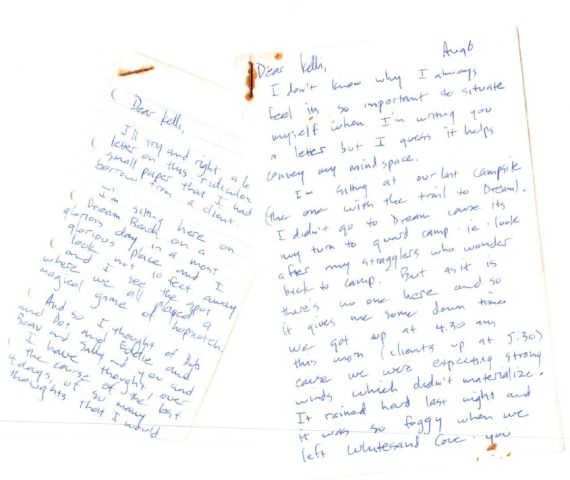 Meanwhile, my season carried on and I continued guiding, letting Clayoquot Sound, the rainforest and the ocean seep deep into my soul that summer. Kelli and I began exchanging letters - real hand-written letters on real paper - something that I’ve nearly forgotten how to do now! Over the course of the next few months we got to know each other the old fashioned way - through these hand-written notes - and discovered we shared many of the same dreams and hopes. We fell in love.

When I returned back to Vancouver in late September I was pretty ‘bushed’ - tired and sore from a season of long days guiding but I was eager to meet up with Kelli again. Our first real date was a dinner at our favourite restaurant - called The Naam - a legendary restaurant left over from Vancouver’s 1970’s hippie days.

Later that autumn of 1992, Kelli decided to start a new life too. She sold almost everything she owned, except her vintage VW Beetle, and joined me on a new life of adventure together. She flew down to Mexico to work with me at a kayak camp in a little Mexican fishing village in Bahia Concepcion on the Baja peninsula and the rest, as they say, is history.

One last thing. They say history is a study in perspective. If you see Kelli, ask her for her version! Maybe next Valentine’s Day we can post that one!